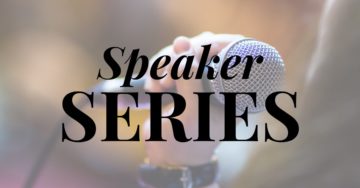 This presentation is about the bald eagle restoration project that took place throughout the 1980’s at The Quabbin Reservoir. MassWildlife released a total of 41 immature bald eagles at the Quabbin with hopes to restore the bald eagle to Massachusetts as a nesting species. The last known bald eagle nest was in 1906 on Cape Cod. You’ve seen eagles at Quabbin and all around Massachusetts now, but do you know the story behind them getting there? Dale Monette does, he was part of it. Come by and see the whole process from when the birds are brought as chicks to the Prescott Peninsula “hack site” on Quabbin, until they are released into the wild 6 weeks later and what the eagle population looks like today. 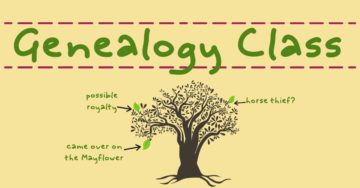 This class will assist you in building your family tree and educate you on the genealogy resources we have available here at the library. 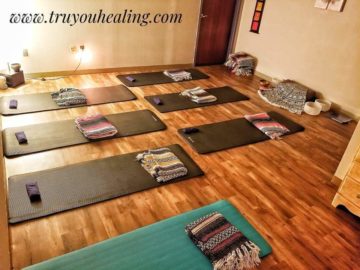 Join me for a 1 hour guided imagery & meditation lying in Savasana. Also known in Yoga as the corpse pose (lying down). It’s peaceful and doesn’t demand any physical exertion! Instead, it’s all about restoration. The body, mind, and spirit can all recover during this state.
This class will allow you surrender into the present moment and leave you feeling relaxed and refreshed.

While you’re in a relaxed state, individual Reiki therapy will be offered as I go around to each person. Enjoy the added benefits of sound therapy using crystal singing bowls, Tibetan singing bowls, rain sticks, chimes, and tuning forks.

No need for previous meditation experience or knowledge. Many are new to this! Im here to help you along during this meditation class. Take this opportunity to learn the basic skills of meditation and enjoy a nice hour of relaxation.

THIS EVENT IS BY RESERVATION ONLY. $20 investment in yourself. Seats are limited, so please call/text 413.422.3335 to reserve your seat or to reach out with any questions!! 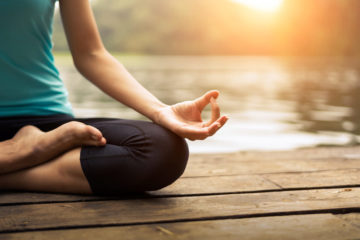 Want to meditate more but have a hard time focusing? Want to learn how to meditate, but dont know where to start? Its ok!! You’re not alone!

Practicing meditation is one of the most powerful things you can do to relax and de-stress, improve your health, increase your happiness, and expand your consciousness.
Meditation is the simple practice of quieting the chatter of your mind by focusing on one thing, the here and now!

This 1.25 hour class is designed to go over some amazing tips on how to flex that meditation muscle! I call it a muscle because just like a muscle in your body, the more you practice and work that muscle, the stronger it becomes and the better you become at it!

The class will cover breathing techniques and tips on how to refocus the mind when it starts wandering. We will do a couple of breathing exercises and then end with a long, relaxing, guided meditation. I will hold space in order for you to feel comfortable and truly learn and practice this art. Meditation can be easy with daily practice, and can really help in your day to day life.

THIS EVENT IS BY RESERVATION ONLY. $20 investment in yourself. Seats are limited, so please call/text 413.422.3335 to reserve your seat or to reach out with any questions!!

Calling All Poets … and everyone interested in poetry and the spoken word … EXPRESS YOURSELF!

Welcome to the Westfield Community Poetry Experience! This is the final event in the series of monthly open mic poetry events and experiences culminating in a celebration of National Poetry Month.

We celebrate National Poetry Month at this event with light refreshments, open mic poetry readings and recognition of some of the poetry written and read during the Community Poetry Experience series run from January through April.

This event is FREE and open to all, marking the series finale!

Write, read or just stop by and listen! Watch for writing prompts for each session on Facebook, inspired and motivated by art work by local and regional artists to stimulate written works and discussion. 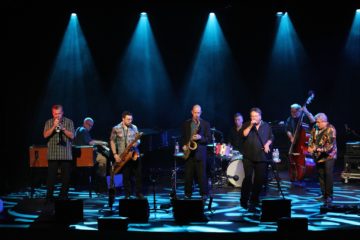 Even though Roomful of Blues’ lineup has changed over the years, the band has always been one of the tightest, most joyful blues ensembles in the world. Currently an eight-piece unit led by guitarist Chris Vachon, the band has never sounded fresher or stronger. Singer Phil Pemberton brings his sweet and soulful vocals and adds another bright new dimension to the jazzy, jump-blues musical roots. Their winning combination of jump, swing, blues, R&B and soul remains their calling card, as does their ability to fill the dance floor. Along with bassist John Turner, trumpeter Carl Gerhard, drummer Chris Anzalone, keyboardist Rusty Scott, baritone and tenor saxophonist Alek Razdan, and tenor and alto saxophonist Rich Lataille, Roomful keeps on rockin’ into 2020!

With a non-stop performance schedule for over 50 years, Roomful of Blues has earned critical, popular and radio success and a legion of fans across the globe.

According to DownBeat magazine, Roomful of Blues “are in a class by themselves.” With their masterful combination of jumping, horn-heavy, hard-edged blues and R&B, it’s no wonder why the great Count Basie called them “the hottest blues band I ever heard.” Since 1967, the group’s deeply rooted blend of swing, rock ‘n’ roll, jump, blues and soul has earned it 5 Grammy Award nominations and a slew of other accolades, including 7 Blues Music Awards and the prestigious DownBeat International Critics Poll for “Best Blues Band.”